August 1990
It was then when my feet first crossed the threshold. I don't rightly remember the day myself, but my parents tell me I was eager beyond belief to get started with my education.
It was early in the morning. The sun was up, starting to brighten the eastern sky. Wind was stirring the tall Georgia Pines. The humid air was just starting to hint at the heat which would be bearing down on the green Appalachian foothills by afternoon.
From down the street there was a rumble, a growing roar. The yellow bus turned the corner, yellow lights beginning to flash. When the door opened, Ms. Dobson was there to greet me with a smile. I didn't know then, but she'd been driving a bus for the school district for years and years. As it happened, she was fated to drive me for the next 7 years.
My mom says I insisted on taking the bus on the first day of school. I guess the transit advocate part of me got started early. But my insistence on mass transportation didn't really save gas. My over-protective mother followed the school bus in her car. Down the two-lane rural highway to the quaint red-brick school house at the center of my tiny agrarian community. The little campus housed a miniscule population. My entire school had only 250 students in 7 grades. By the time I took Calculus at Georgia Tech, there were 250 students in my lecture hall. But I was blissfully unaware of my collegiate future when I was learning my ABCs from Ms. LaFever.
The daily ritual for me, waiting in the damp Georgia morning air, the musty old school bus driving me through fields, past barns and chicken houses, the ritual, it started for me so long ago. My mom could easily have dropped me off as she drove into town every day. She worked just off the square in the county seat, another 5 miles west, but I always took the bus - even after I moved on to middle and then high school. These days, I take the subway to school, but I suppose the principle is the same.
August 1990
It was 19 years ago. Since then, I've been a perpetual student. Nineteen consecutive years of education. Today is my last day of class. At 4PM, I'll take my seat in a classroom for the last time. I'll soon wear a peacock blue hood while I walk across the stage, soon I'll have a second degree to hang on my wall. I've wanted nothing more than a Master's Degree in Planning for longer than I can remember.
And it seems so long ago. Especially when I think back on the state of the World while I was getting used to this school thing.
It seems so long ago. I've been in so many classrooms, taken so many notes, written so many reports, that they all seem to bleed together in my mind. But many memories are still clear. Today, all those memories are with me.
I could never have foreseen my trek from that first day in Kindergarten. I have no idea what the future holds now. But I do know that I have achieved a life-long dream. And I have no regrets, in fact, I'm quite satisfied with my life to date. And thinking back on my education brings so many smiles to my face.
But it's also hard to believe that nineteen years of work is coming to a close. I can't imagine life without school. Perhaps the words of the last verse of my high school alma mater can do these feelings justice:
Now the time is drawing nigh,
When we must bid adieu;
Leaving friends we dearly love,
To walk amidst the new.
Of course, I was glad to get out of high school. I'm not sure that I'm ready to leave graduate school. But I suppose I can't stay in the ivory tower forever.
Posted by Matt' at 2:45 PM 2 comments: 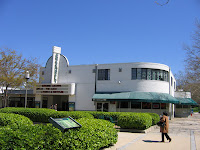 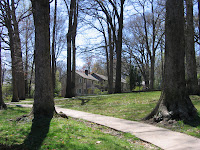 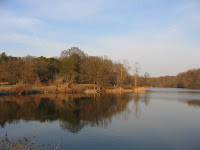 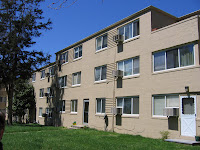 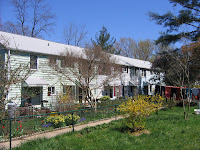 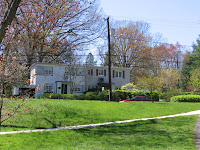 I regard it as the most tragic of missed opportunities that we were unable to build America's suburbs the way we built Greenbelt. Unlike other suburbs, Greenbelt does not suffer from a lack of interaction (Bowling Alone) or a lack of alternative transportation modes.
If you're interested in learning more about Greenbelt or visiting yourself, the town opened a museum in 1987. It's open Sundays from 1-5PM, and is located across Crescent from the Public Library.
Unfortunately, neither WMATA or Prince George's County Transit provide Sunday bus service to Greenbelt. However, the town is within biking distance of the Greenbelt Metro station. During the week and on Saturdays, you can take the C2 bus from Greenbelt Station or the R12 from New Carrollton.
Posted by Matt' at 4:45 PM 1 comment:

Back in the Blogosphere

Well, readers, I'm back. I want to apologize for my long absence here at Track Twenty-Nine.
As you know, I did spend some time in Berlin as a part of an exchange program. Upon my return, I was caught up in helping to plan for the arrival of the Berliners. And for the last two weeks, my internet has been out at home, making it rather difficult to blog.
At any rate, I'm back and will be posting regularly again. Please bear with me, though, over the next three weeks, I'll be extremely busy with the completion of my Master's degree. Nineteen consecutive years of schooling is coming to an end, and I can see the proverbial light at the end of the tunnel. I hope it's not an oncoming train.
Please remember that you can always catch my column Wednesdays at noon on The New Gay, where I write about issues relevant to the LGBT community.
And if you live in the Washington, DC region and are a regular Metro rider, you can help me out with one of my final projects. A classmate and I are looking at route decision-making within transit. To that end, we've set up a survey. Please find the details here. I'll post the results of the project on Track Twenty-Nine.
Posted by Matt' at 4:15 PM 2 comments: