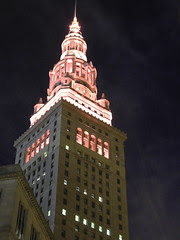 Last week, I had the opportunity to spend a full day in Cleveland, Ohio. And I have to admit that I was pleasantly surprised. As it turns out, Cleveland is a pretty nice place.

I'd only ever passed through Cleveland on Amtrak's Capitol Limited in the middle of the night. So I was unsure of what to expect, but my perceptions certainly focused on Cleveland as a rust belt city with some pretty serious environmental problems.

What I found was a city (and a region) facing a severe economic crisis, but one whose downtown and core neighborhoods cling to vibrancy. I was impressed with the urban form of Downtown, a district which has seen better days, but whose architecture and streetscape has fared better than many other cities I've visited.

My trip was short, constrained by the amount of time I had off and the exigencies of cheap airfare. I only had time to visit a few neighborhoods: Shaker Square, Larchmere, Ohio City, the Flats, the Warehouse District, and Downtown. 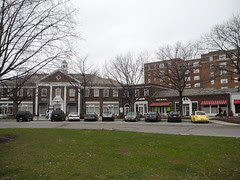 The surrounding neighborhood was built as a planned streetcar suburb. The immediate vicinity is characterized by low- and mid-rise apartment buildings, which helps to build transit ridership and places residents within walking distance of the shops.

But the density falls off rapidly as one walks away from the transit station. Within a block or so, are beautiful single-family and two-family homes on tree-lined streets. If I were to live in Cleveland, this would definitely be a place I'd consider. 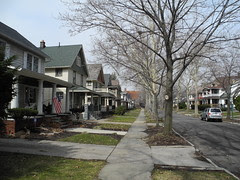 After seeing Shaker Square and a little of Larchmere, I headed for Ohio City. Just across the Cuyahoga River from Downtown, Ohio City is home to the spectacular West Side Market. Unfortunately, I got there a few minutes after the market closed, so I wasn't able to see the inside. But just seeing the exterior of the building was worth the trip. 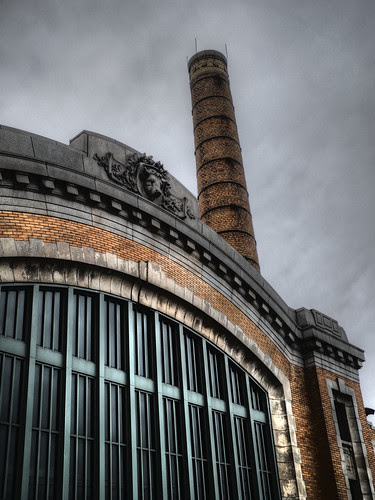 Ohio City is one of Cleveland's older neighborhoods. It didn't appear to be in quite as good condition as Shaker Square, but had plenty of activity and a good street wall along the major arteries. I wish I'd had more time to explore, but with the clock ticking, I decided to head for the Flats.

Named for their position on the banks of the Cuyahoga River, the Flats lie below the bluffs where Downtown and Ohio City are located. The lack of easily accessible bridges over the river made it impossible for me to get over to the west bank, which looked to have more going on. As it was, the east bank was almost deserted. I enjoyed the views (and photo opportunities) of the river and high bridges, but with no streetlife, I decided to head back up the bluff to the Warehouse District. 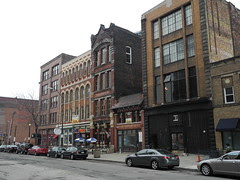 Since the 1990s, the Warehouse District has become the new entertainment district, supplanting the Flats. Perhaps the district is livelier on weekends; it certainly doesn't have the crowds that Washington's Gallery Place has. But there were plenty of loft-dwellers out and about. I stopped for a cup of coffee before continuing my exploration.

Washington doesn't have an analogue to the Warehouse District because it was never an industrial city, as Cleveland was in the 1900s. The district's old building stock has made for great reuse as apartments and entertainment venues.

I headed for the lakefront, but I was stymied by the lack of clear paths down the bluff. My line of sight was blocked by an elevated freeway, and even if I'd tried, walking down West 9th Street, I would have landed literally in the middle of nowhere, as the area hasn't redeveloped yet. Construction of the new convention center blocked other paths farther east. By the time I reached East 9th Street, which would have taken me down to the lakefront, I was ready to head back toward the center of Downtown. 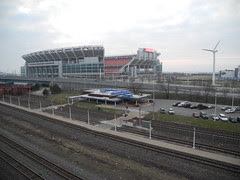 If I could change one thing in Downtown Cleveland, I would make it easier for people to access the lakefront. Downtown Cleveland seems more disconnected from its waterfront than any city I can remember visiting.

As it turns out, the Cleveland Mall and Civic Center area bear the fingerprints of Daniel Burnham, designer of Washington's Union Station. The Civic Center is a very complete example of the City Beautiful movement, and I was impressed.

Heading over to Public Square, the symbolic heart of Cleveland, I was surprised at the vibrancy of Downtown. Given the state of the economy, I expected Cleveland to have a lot more vacancy downtown. But the major streets had plenty of restaurants and shops. There were even a good deal of pedestrians out after 6pm, generally a pretty dead time for central business districts. 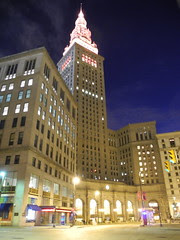 Of particular note was the Euclid Avenue corridor. This is Cleveland's main drag, and it showed. A streetscape/transit project was completed just a few years ago and that made the street feel cared-for. There were lots of clubs and restaurants. Just off Euclid, East 4th Street has been converted to a pedestrians-only area lined with sidewalk cafes. On that Monday night it was proving popular with fans headed to some nearby sporting event. 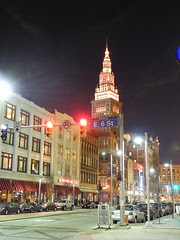 Farther out Euclid, Playhouse Square offers many opportunities to see a show. In fact, it's the second largest theater complex in the United States (after New York's Lincoln Center).

Back at Public Square, one of Cleveland's most well-known landmarks, Terminal Tower, stands watch over her home. It sits at the hub of the city's transportation network and for many years, was one of the world's tallest buildings. Built in the Beaux-Arts style in 1930, it was not only a skyscraper, but also Cleveland's Union Terminal.

The atrium to the building, which is open to the public, was meant to be the grand foyer to Cleveland for those arriving by train. And in appropriate placement, the doors open out onto Public Square. While the atrium is not as large as the grand halls of stations in Chicago, Washington, or Los Angeles, it is one of the most ornate and breathtaking spaces of all the great train stations I've visited. It's a real shame that no trains (except for rapid transit) call here.

Cleveland is truly a city of hidden gems. One day is not nearly enough time to devote to this great city. I wish I'd had more time, but I suppose it just gives me an excuse to go back. If you ever have the chance to visit Cleveland, I highly recommend it.
Posted by Matt' at 4:19 PM 2 comments:

Last week, I had the opportunity to spend a day in Cleveland and I saw as much of the city as I could.

I'll write more about it later, but I thought I'd post a few of my favorite pictures from the adventure. 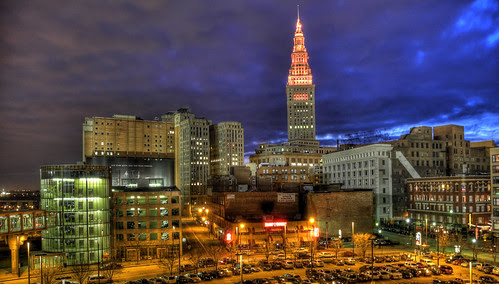 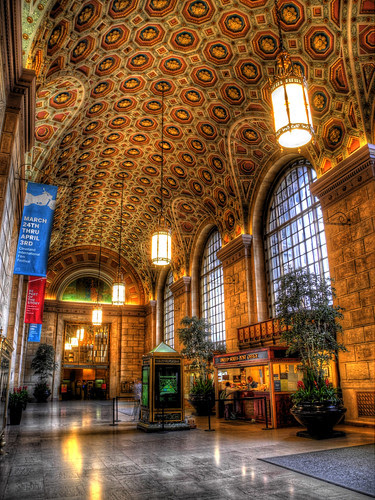 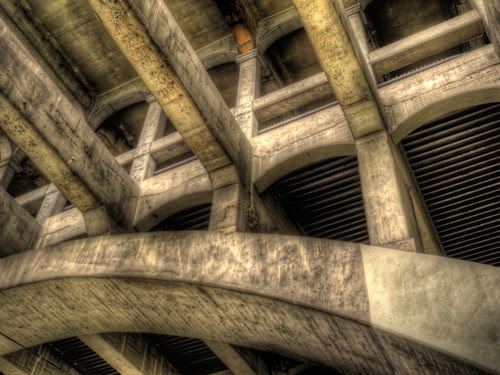 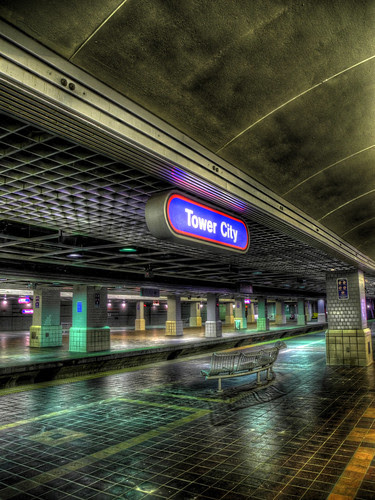 You can view all my Cleveland pictures at Flickr.
Posted by Matt' at 11:04 AM 3 comments: